Law to Know: Elements of a Defamation Case in Illinois 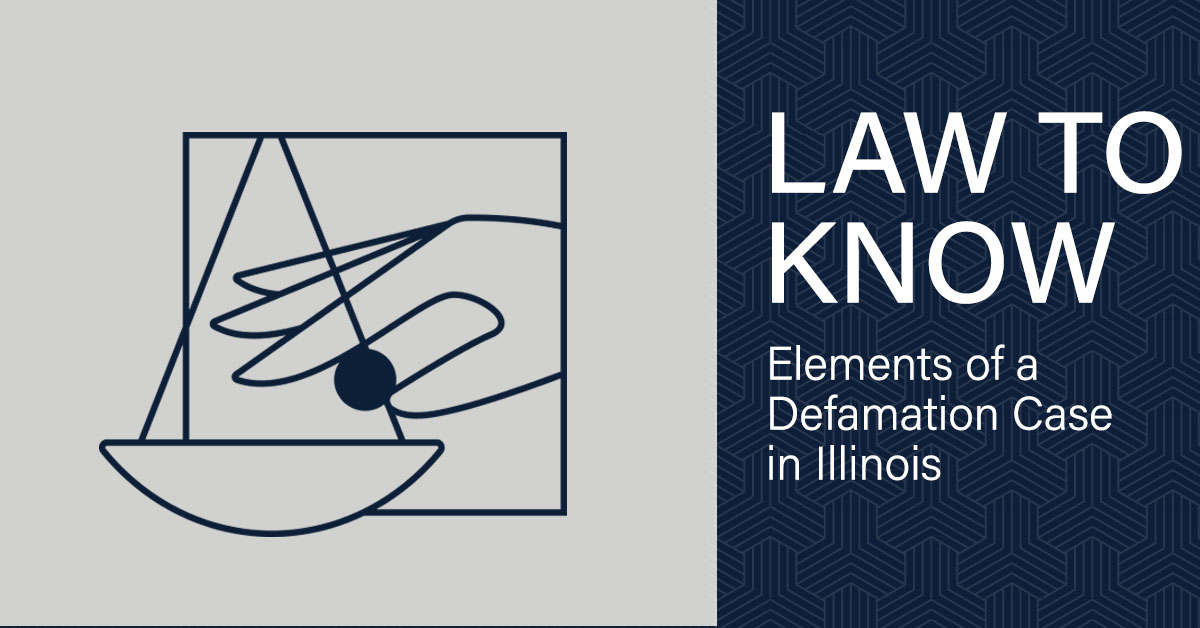 Defamation occurs when a statement harms a person’s reputation to the extent they are lowered in the eyes of the community or deters the community from associating with them. However, not all negative statements are defamation. In Illinois, to prove a claim for defamation, a plaintiff must have evidence that shows:

Harm is apparent and obvious on its face.

Examples: (1) Accusing the plaintiff of the committing a crime; (2) claiming that the plaintiff is infected with a horrible communicable disease or illness; (3) words that impute an inability to perform or want of integrity in the discharge of the duties of one’s office or employment; (4) words that prejudice a party, or impute a lack of ability, in his or her trade, profession, or business; and (5) words stating false accusations of fornication or adultery.

If a defamatory statement doesn’t  fit in the categories listed above, a Plaintiff may have a claim for defamation per quod. This type of claim may be brought in two circumstances.

Second, a claim of defamation per quod can be made when the statement is defamatory on its face, but does not fall within one of the limited categories of statements that are considered defamation per se.

If you believe you have been defamed, it is important to contact an experienced employment attorney as soon as possible as defamation cases in Illinois typically need to be filed within one year.